Berries in Juice Plus w/o the sugar 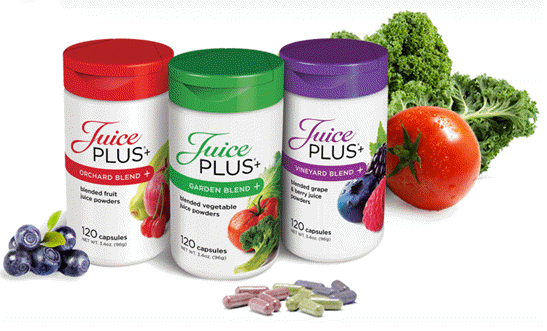 Along with berry fibers, the polyphenols in berries likely account for most of their apparent ability to reduce diabetes risk.

In a recent evidence review, researchers from China's Zhejiang University examined eight studies that compared people's intake of either berries or berry-source anthocyanins to their chances of developing diabetes (Guo X et al. 2016).

The Chinese team's analysis linked higher anthocyanin intakes to a 15% lower risk for diabetes, and higher berry consumption to an 18% drop in risk.

Specifically, the risk of diabetes declined by 5% with every 7.5 mg of anthocyanins or 17 grams (just over one-half ounce) of fresh berries consumed daily.

We should note that polyphenols and other food-borne “antioxidants” don't exert direct antioxidant effects in the body.

Instead, they prompt our genes to ramp up the body's own antioxidant network, while curbing damaging inflammation and excessive production of free radicals.

Its authors looked for links between intake of fruits, vegetables, and their fiber, and the risk of Type II diabetes (Wang PY et al. 2015).

Strong links were also seen between reduced diabetes risk and higher intakes intake of colorful vegetables, including cruciferous types like broccoli and kale.

Fruit and vegetables are rich sources of fiber, antioxidants, folate, and potassium, the combination of which could explain their protective effects.

And diets high in fruits and vegetables will tend to be lower in foods that promote diabetes, such as white flour goods — and cheap, omega-6-laden, inflammation-promoting vegetable oils (such as corn, soy, safflower, sunflower, and cottonseed)

In addition, the antioxidants in fruits and vegetables tend to reduce oxidative stress, which interferes with our cells' ability to absorb blood sugar.

Berry news fuels a raging debate over diabetes cures and foes; The Healthy Skeptic weighs in

And i am glad reading your article. But wanna remark on few general things, The web site style is ideal, the articles is really excellent : D.
Good job, cheers aid ukraine